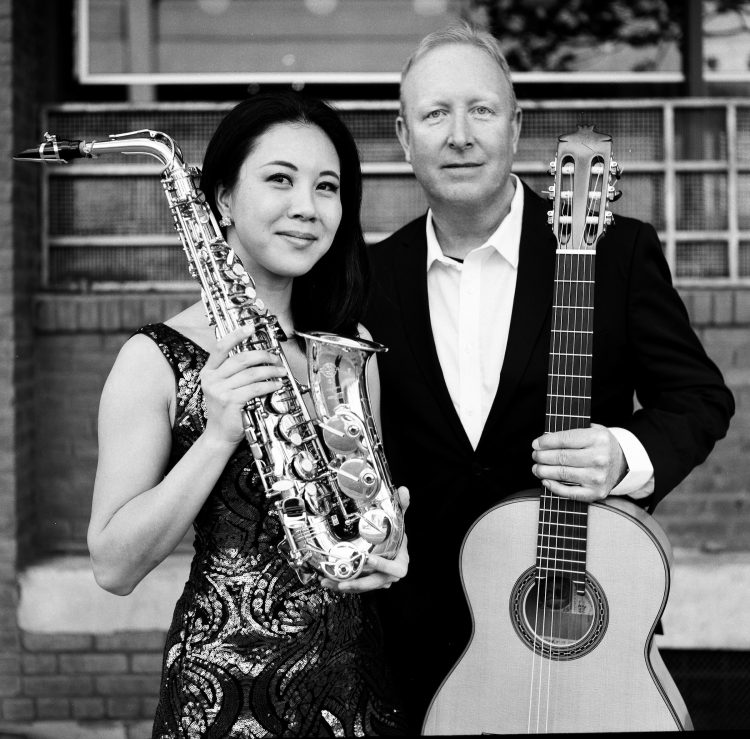 SCOTT MORRIS (GUITAR) Scott Morris gave his New York recital debut at Carnegie Hall in 1998. He has since appeared as a soloist and chamber musician throughout North America, Central America, Europe, and Asia. He studied at Yale University, the USC Thornton School of Music, the Aspen Music Festival, Musician’s Institute (GIT), and the Mozarteum Sommerakademie (Salzburg, Austria). His latest recording for AIX Records is called Phonology: The Music of Erik Satie for Guitar, which includes performances with Grammy-winner Andrew York. He is the author of the popular series of method books entitled Classical Guitar Complete: From Basic to Bach. Scott currently resides in Los Angeles where he is Chair of the Department of Music at California State University, Dominguez Hills.

CHIKA & SCOTT Chika Inoue, saxophone and Scott Morris, guitar have been performing together since 2016 and have completed a number of successful tours in the US and Europe, with upcoming dates scheduled for Los Angeles, New York City, Europe and Asia. The duo filmed several music videos featuring the music of Isaac Albeniz on location in Gerona, Barcelona, Mallorca, and Granada, Spain. The videos were released by Guitar Salon International (GSI) to much acclaim. Both master arrangers, Chika & Scott perform their own arrangements which successfully capture the composer’s intent while also taking full advantage of the unique sound of classical saxophone and guitar.