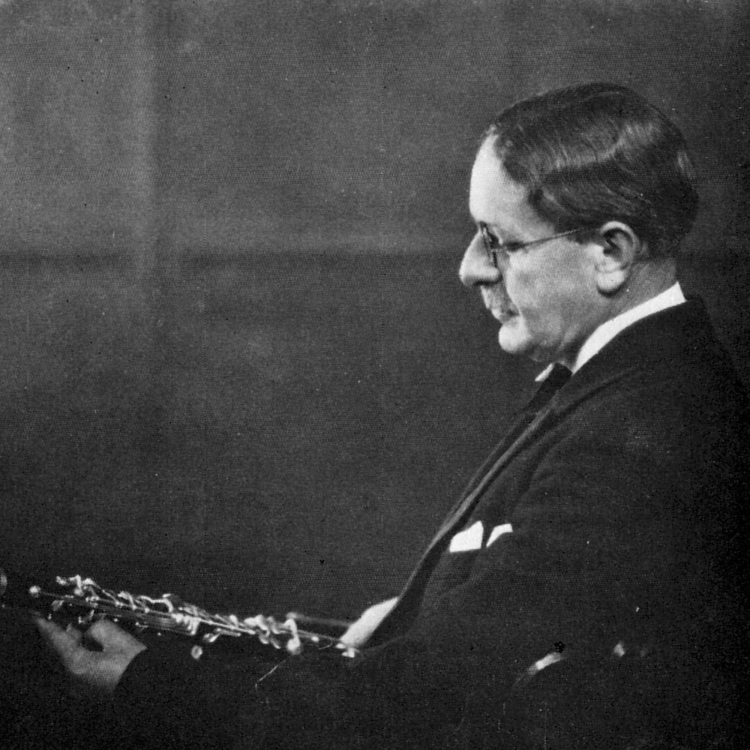 Charles Draper came for an extremely music family, many of whom were also professional musicians including the clarinettist Haydn Draper. While Haydn Draper was a distinguished clarinet player in his own right, Charles was probably the most distinguished and talented musician of the

Draper family. Charles started learning the clarinet from his brother Paul Draper but in 1888, Charles was sent to London to have lessons with the former clarinettist of the New Philharmonic and Covent Garden Orchestras Henry Lazarus (1815-95). The latter was so impressed with the young man that he recommended him to be awarded a scholarship to the Royal College of Music the next year, where he could continue lessons with him. From the statutary term of 3 years his scholarship was extended to 5 years and Lazarus complimented Paul Draper on the manner in which he had trained his brother. On 27th November 1890 Charles performed the Mozart Clarinet Quintet with fellow students at the RCM College Concert, a year later Beethoven’s Septet (No.137) and in June 1892 Brahms’ Clarinet Quintet.

His clarinet playing was a regular feature of these College concerts – clocking up at least eight in three years and playing music as diverse as that of Spohr, Richard Strauss and Thuille. A contemporary clarinettist at RCM, who also appeared in some of these concerts was George Anderson (1867-1951), who later, in 1904, joined Manuel Gomez (1859-1922) as founder members of the LSO, staying there until 1943 and taught several first-class players, including Bernard Walton and Georgina Dobreé. Lazarus retired in 1894 and was succeeded by Julian Egerton, who instilled into Charles the importance of rhythm and articulation. Charles soon made his mark as an orchestral musician and to a large extent created a modern school of British “clarionet” playing, possessing great technical dexterity and richness of tone.

A full CV of Charles Draper is available in the Draper Family CD booklet free download.