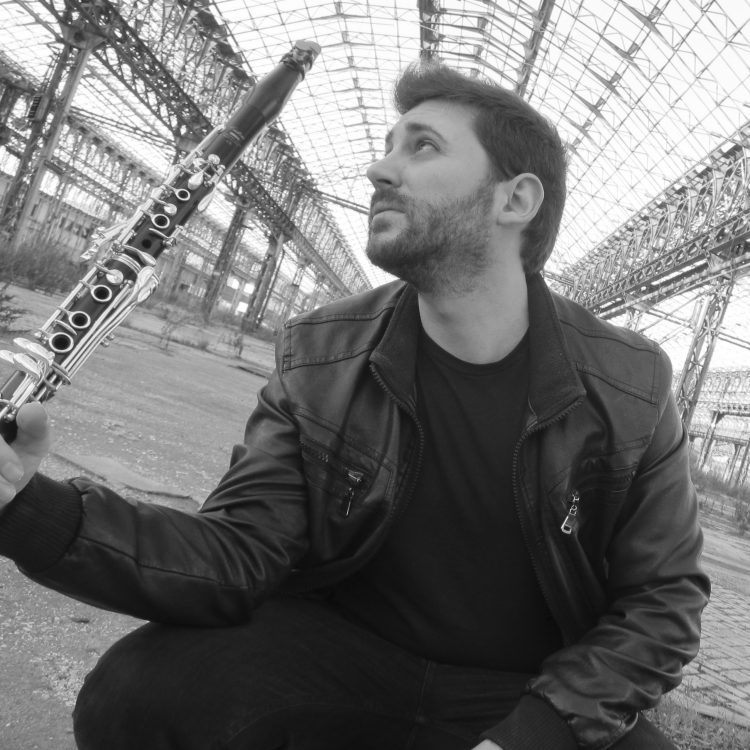 Emilio Merola is an Italian clarinetist, saxophonist, composer, arranger, conductor and art-director with a particular inclination towards the interpretation of modern classical music, contemporary music and jazz.

After graduating with highest honors in clarinet at the Conservatory of S. Pietro a Majella in Naples, he perfected himself studying with both classical and modern musicians. He won first prize at several national and international competitions and has performed solo and in section in symphony orchestras, big bands and dixieland bands. In 2007 he was awarded at the eighth “Premio internazionale alla carriera Nino Rota”.

In December 2010 he created, produced, directed and played solo at “Burzak”, a theatrical concert, mixing classical and modern music. In 2012 he published the album Gentleman in trouble with the pianist Lello Petrarca. Recently he has participated at the recordings of the soundtrack of the Italian film ‘’Mozzarella Stories’’, directedby Edoardo De Angelis and distributed by Eagle Pictures, handling the direction and execution of the string and wind sections.

Emilio Merola presents his debut recording featuring the clarinet in the glorious setting of jazz/classical music, this hybrid jazzical programme of original works.