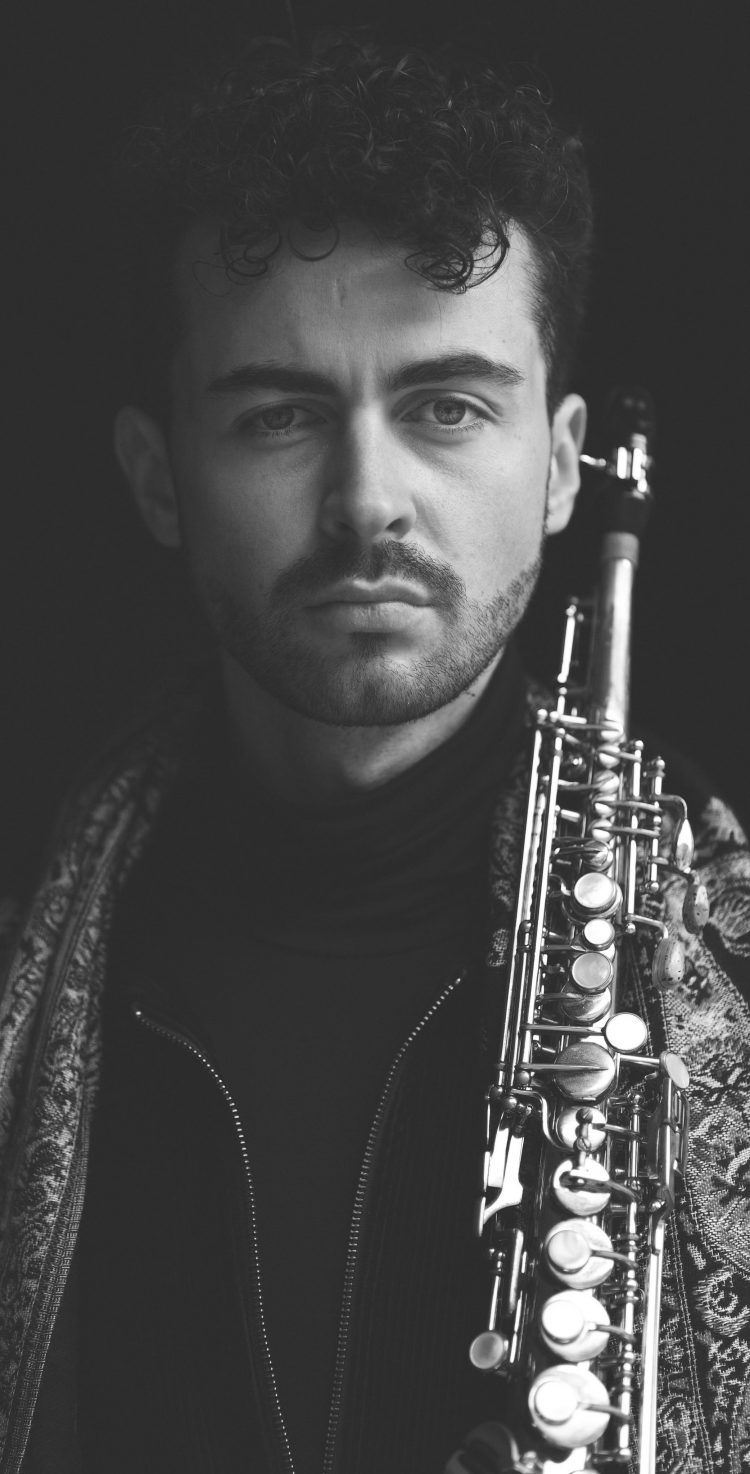 George Shrapnell graduated in 2019 with First Class Honours from Goldsmiths College, University of London where he concentrated on performance, composition, orchestration and jazz arranging. Postgraduate study continued at the Guildhall School of Music and Drama under John Harle, Mick Foster and Nick Moss. He was awarded the concert recital diploma for his MMus 1st year recital. He is returning to Guildhall in September 2021 as a junior fellow assisting John Harle and the new contemporary music and interdisciplinary ensemble, the Bauhaus Band. George is arranging, orchestrating, and composing new and existing material for this ensemble as well as playing in the band.

At home in the worlds of jazz, theatre, and in classical/contemporary music, George takes pride in his versatility, exemplified by his portfolio career as a performing artist, composer, arranger, and teacher. He plays all the saxophones, clarinets and flutes, and works regularly with big bands, session bands, and in the worlds of chamber music, contemporary music, and musical theatre.

George’s work as a composer and arranger cover a wide spectrum of styles from saxophone quartets, multiple keyboards, percussion ensemble, big band, choirs and duos.  He has just completed his first commission for the John Bradburne Memorial Society centenary concert, a piece scored for solo tenor, string quartet, tubular bells, and chorus (premiering in Manchester, September 2021). He has also been commissioned by the Delta Saxophone Quartet to arrange Philip Glass’ Façades for their concert repertoire.

His compositional flare comes from a deep passion for creating music for whatever ensemble, style, or occasion. He incorporates his multi-genre nature into his composition, which often sees rhythm and melody treated as a matter of high importance. George was led to composition through improvising and performing, often freely improvising at the piano, or indeed on any of the instruments that he plays. This has continued into a serious passion for creating compositions for others to enjoy and benefit from.