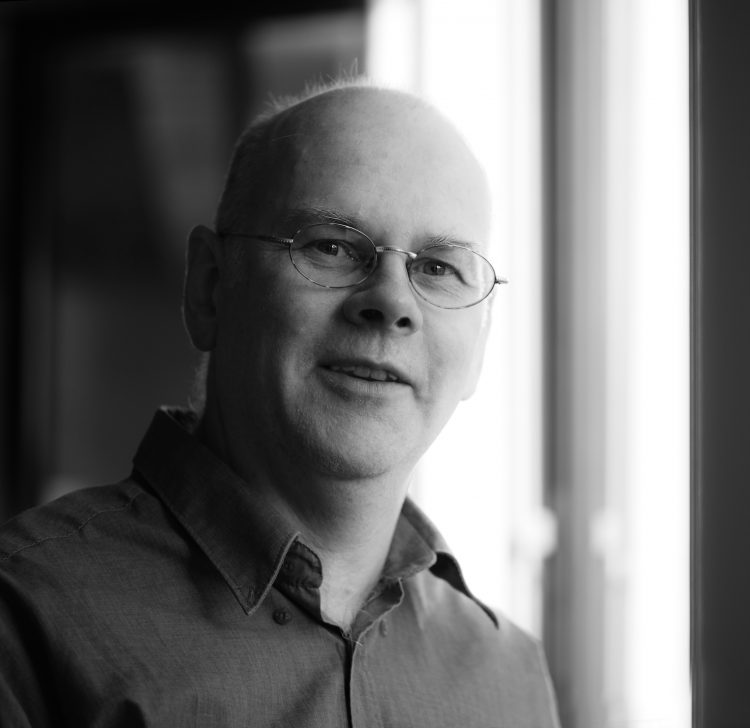 From 1976 on he composes music for different scorings of instruments sometimes in combination with electronic sounds as well as pure electronic music. His works are played a.o. in ‘Muziekgebouw aan ‘t IJ’ and its predecessor ‘The IJsbreker’, ‘Het Stedelijk Museum Amsterdam’, ‘Splendor’, ‘Muziekcentrum Vredenburg’ in The Netherlands, and in Germany (Lüneburg), Italy (Rome, Sassari), Spain (Granada, Sevilla), Denmark, Poland, Lithuania, Romania and Brazil. Performed by his own Schreck Ensemble, the Aquarius Ensemble conducted by Lucas Vis and others. He was the sound-director at the In Situ -project ‘Klanken verbeeld, Beelden verklankt’ in the Castle Eijsden, on the banks of the river ‘Maas’ near Maastricht. His large-scale music theatre work Nuctemeron was played many times in the period 2000 – 2010.

As producer/recording-technician/composer he collaborated with Hans van Koolwijk in the realization of the CD Bambuso Sonoro. He has become a regular guest at Van Koolwijk’s projects. Hans van Eck is one of the developers of the BassBoxes on which he performs regularly. He is also the main performer on Hans van Koolwijks’ Eckoo.

As an improviser on the Stratifier he developed new playing techniques for this new electro-acoustic instrument.