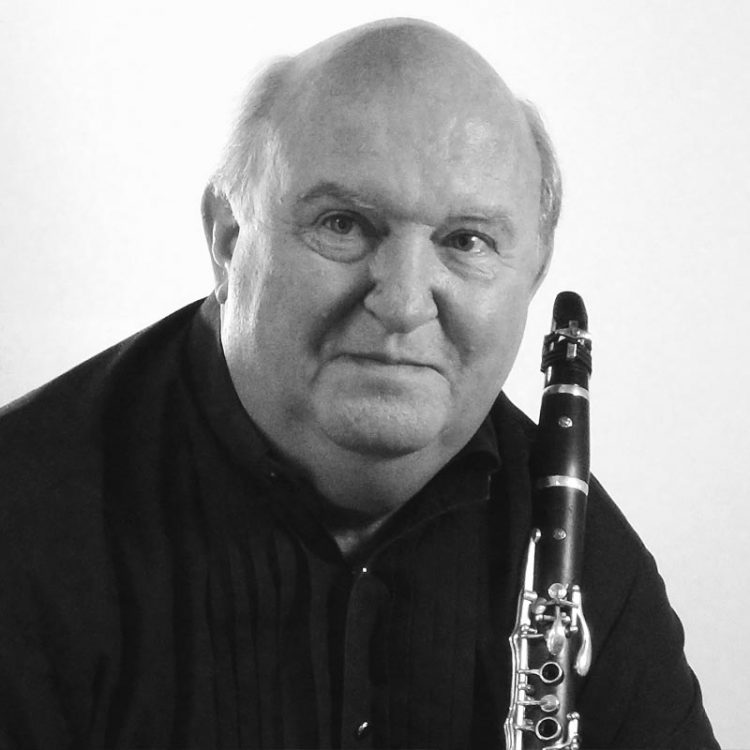 Leslie is currently principal clarinettist of the Welsh National Opera, a position he has held for twenty years. Before joining W.N.O. he played in performances and recorded with the major London orchestras: L.S.O., R.P.O, Philharmonia London Chamber Orchestra and the London Musici and the was one of  London’s most sought after session musicians.

Leslie has broadcast many of the major works for clarinet on radio and TV around the world. He has given recitals and concerto    performances in America, Canada, South Africa, most of Europe and parts of Asia.

He has inspired many composers to write and dedicate works to him and he has recorded numerous CDs among which, two recordings of Brahms and Rota Sonatas in 2010 with Michael Pollock and trios by Beethoven Brahms and Bruch with Stjepan Hauser (of “2CELLOS” fame and Yoko Misumi piano on Dinmore Records DRD 224 & 225) gained four and five stars respectively in B.B.C. music magazine.

He is among the world’s most respected teachers and pedagogues and his book: ‘Instant Help for Playing and Teaching the Clarinet’, is recommended reading for the A.B.R.S.M. Diploma course. Leslie gives lessons and classes throughout U.K. and abroad  but also finds time for hobbies such as Fly fishing, watching Cricket and tending to Bonsai trees as well as walking on the hills around Monmouth in the  beautiful Wye Valley where he lives.