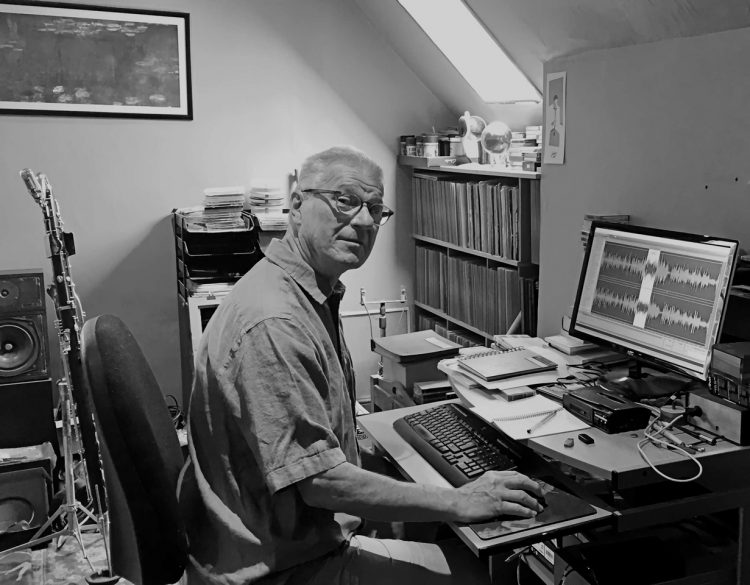 Samek Music is proud to have as part of the team Historical Recordings Specialist Malcolm McMillan. A lifetime of being a professional musician on tour has resulted in him collecting a host of rare 78rpm and LP recordings. Combined with his specialist technical and audio engineering skills, these great clarinet and saxophone players from the past have been brought back to life for the enjoyment of today’s listeners – in the comfort and convenience of modern digital music formats.

In the words of clarinettist and Historical Recordings Specialist Malcolm McMillan..

After forty-five years of freelance work playing clarinet and saxophone with orchestras throughout Britain and holding down a position in the demanding environment of The Royal Ballet Sinfonia I decided to retire in 2013. This was to allow me to spend more time at home – a luxury that many professional musicians will agree is not in abundance! I live in a Victorian house that needs constant repairs and refurbishments which I can now enjoy applying, and to also have the time to pursue my many other interests. Of these is my obsession for collecting old records of great and not-so-great clarinet and sax players of the last century.

I was a pupil of the late Jack Brymer who instilled in me the love of the “old school” of clarinet playing – utilising the lyrical rather than virtuosic qualities of the instrument. So, after acquiring many of his recordings both as soloist and Principal in Beecham’s LPO, I was inevitably drawn to the recordings of his predecessor Reginald Kell. These recordings are still my all-time favourites which I never tire of listening to and playing to young friends who may not have even heard of Brymer – let alone Kell!

So, of course, I had to go back even further in time to the recordings by Charles Draper and his nephew Haydn Draper and found many more outstanding performances. And then I needed to investigate the scene in Europe and America and found recordings of clarinettists I had never heard of – names like Tusson, Cahuzac, Delecluse and Essberger.

Having a job in a touring orchestra at that time allowed me to bury myself in many now defunct music and antique shops and stalls all over the UK and beyond. My collection amounts to more than six thousand LPs and 78rpm discs, plus a large collection of CDs and tape recordings from the halcyon days of radio 3 – I’ve been collecting since being a music-loving teenager in the darker years of the 1960s.

Over that time I’ve learned how to rejuvenate many of these antique recordings with the aid of delicately balanced playback equipment combined with sophisticated computer software.