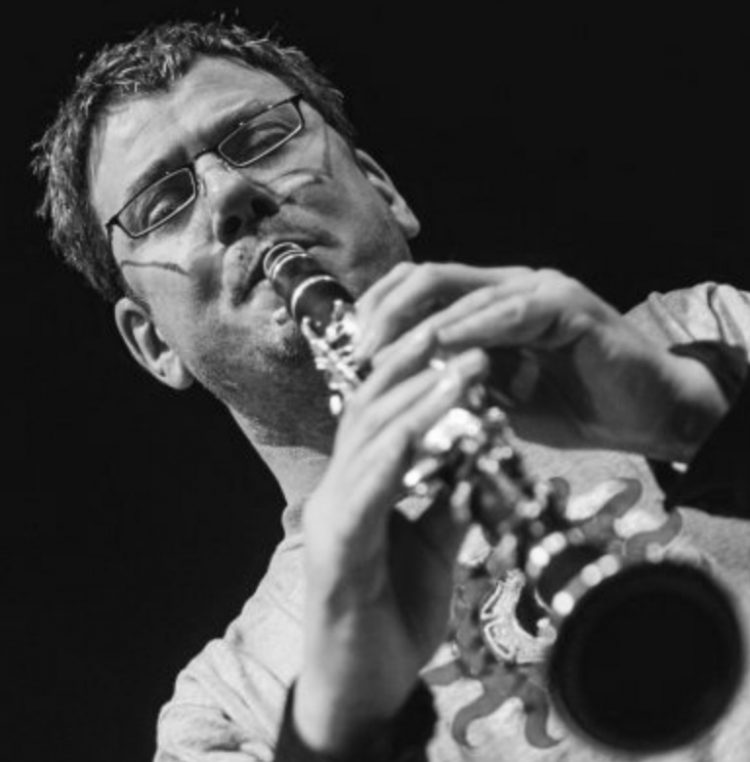 Peter Furniss is a clarinettist, improviser, researcher and educator and has performed internationally across a variety of genres, including orchestral and chamber music, a wide variety of contemporary and electronic musics, and both idiomatic and free improvisation.

His work has recently focused on bringing electronics and digital technology alongside the practice of traditional instruments. He completed a doctoral research programme in Creative Music Practice at the University of Edinburgh (ECA) in 2017, supported by an award from the UK Arts and Humanities Research Council and and has presented related performances and papers at conferences worldwide.

Pete is an active educator and community musician, working across the UK. He is a Lecturer in Music Performance at Goldsmiths, University of London. Projects have included Scottish Chamber Orchestra Connect’s Vibe programme, and work in schools with Red Note Ensemble, Sound Festival and Love Music, and composing two large-scale works for orchestra and massed children’s choir. He was also a founder, conductor and arranger for Edinburgh’s gargantuan, genre-defying young band Tinderbox Orchestra

In addition to Time Pieces, Peter Furniss’ recording output is extensive and varied, including Mendelssohn Konzertstücke  with Dimitri Ashkenazy  (Pan Classics) to Bitter Together (Fabrikant Records) with guitarist Haftor Medbøe and a set of improvisations using analogue and digital electronics, and a follow-up live recording Will of the People (Copperfly) with Tom Bancroft (drums) Clarinetronics.  Further works by Pierre Boulez, Alex Harker, Richard Dudas, Andrew May, and his own works, is set for release in 2020.