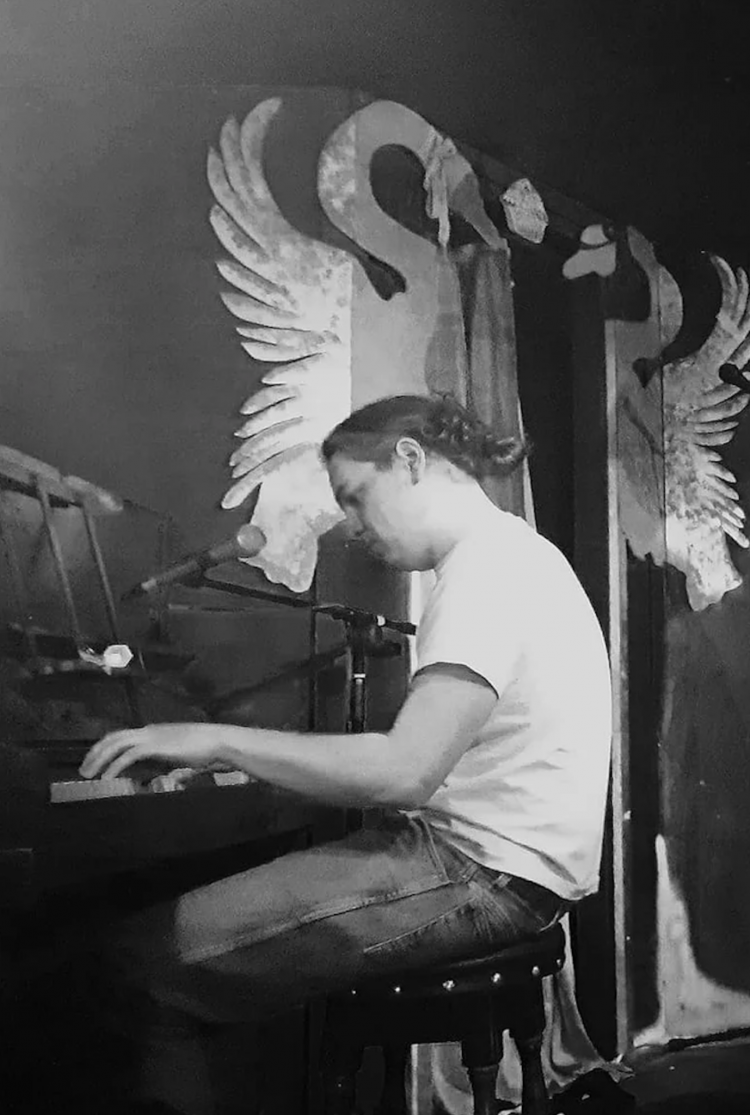 Rob Howat is a composer/ arranger and musician based in London. With a strong rhythmic drive his music broadly falls under the post minimalist label, taking influences minimalist music of the 60’s and 70’s to contemporary electronic music, as well as funk and progressive rock.

He has written for soloists and ensembles, film and TV productions and, recently, an opera chronicling the last 18 months of the life and work of World War One poet, Wilfred Owen. He has arranged for National Youth Music Theatre, Dulwich College and Dartington Chamber Orchestra’s concert raining money for refugees in Calais, as well as many more.

As a performer he works alongside choreographer Beatrice Allegranti, in a project support by the Arts Council, performing bespoke Participatory Dances across London – for people living with young insert dementia. He also runs a monthly night performing improvised soundtracks to films and video games at the Rosemary Branch Theatre and writes and gigs with funk and soul band, THUMB.

For his publications debut as a composer on Samek Music the first of his compositions promised for 2020 is New-Cross Counterpoint for Live clarinet and seven pre-recorded Bb and bass clarinets. While inspired by Steve Reich’s New York Counterpoint, New-Cross Counterpoint has its own distinguished voice of exciting melodic lines and rich harmonic structure of multi-layered clarinets written in three contrasting movements. As a world premiere, there will be three versions:  Version 1:   Live performer with pre-recording, Version 2:  Solo Bb clarinet and small ensemble: Version 3:  Nine Saxophones (2 sop, 3 altos 2 tenors 2 bari ).  Available later this year in both digital and physical formats.