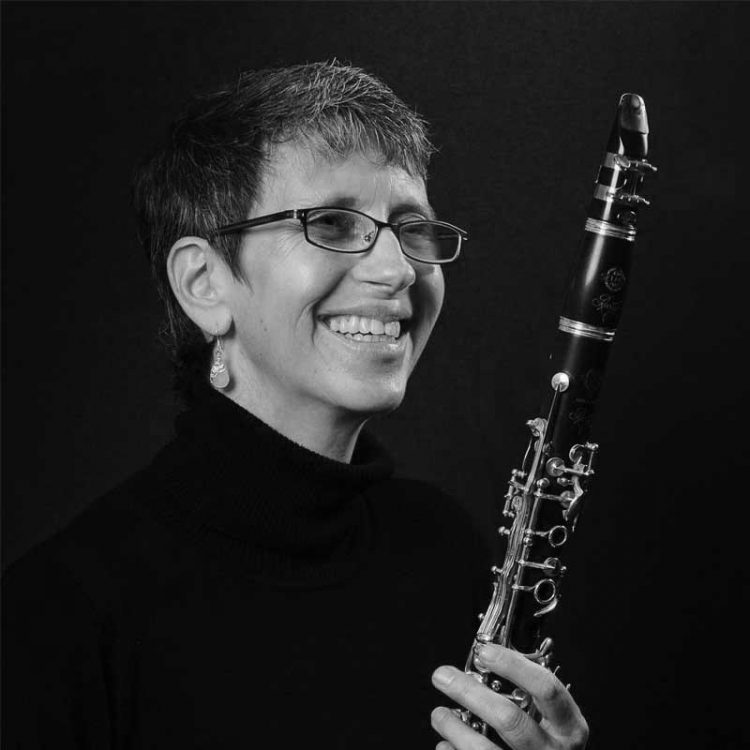 Victoria Samek is a critically acclaimed international artist, a highly respected teacher and a thoughtful and caring mentor. Combining breath-taking technicality and musical integrity in her performances and recordings she is driven by her commitment to musical excellence. Victoria is also founder and director of international recording and publishing company Clarinet & Saxophone Classics, which celebrated its 25th anniversary in 2017.

The power of communication in performance, the discipline of practice and the love of music through her chosen instruments have all shaped her musical career. Holder of a Masters in Performance Science from the Royal College of Music, she teaches and lectures on practice preparation and working with and understanding the anxieties related to performance. Using her own unique approach informed by science, developed from a lifetime of experience, her ground-breaking and cutting-edge approach – Organise-Prioritise-Commit; The Practice and Performance Process, OPC is set to revolutionize practice and performance for the 21st century performer.

Born of Czech and Hungarian parents, she was a pupil at The Purcell School and studied clarinet with Roger Fallows before winning a Foundation Scholarship to the Royal College of Music studying clarinet with Colin Bradbury and bass clarinet and saxophone with Steve Trier. She later studied clarinet with Antony Pay. Prize winner of the prestigious Frederick Thurston Memorial Prize, she graduated with honours.

As a Radio 3 artist Victoria has given live and studio broadcasts including the premiere recording of a bass clarinet concerto by Thea Musgrave with the BBC Scottish Symphony Orchestra under the direction of Jerzy Maksymiuk. She has subsequently recorded Thea Musgrave’s Autumn Sonata and Clarinet Concerto under the direction of the composer. As soloist she has performed concertos with orchestras including the City of London Sinfonia.

Victoria’s recordings for her Clarinet & Saxophone Classics label include the world première recording of Copland’s Clarinet Sonata, voted ‘most sheerly seductive record of the year’ by The Sunday Times. Other recordings include two CDs devoted to Solos de Concours and premiere recordings of clarinet and saxophone chamber music by Joseph Horovitz, Rob Keeley and Richard Rodney Bennett with pianist and duo partner Michael Bell, The Samek/Brannick Duo and The Samek Players (formerly East Winds, ReedPlay and The Mühlfeld Trio). She has also recorded for other labels including Hyperion and Naxos.

In 2018 she gave the world premiere performances of three major concertos: Malcolm Arnold Concerto No.2, Stamford Concerto, both newly transcribed for clarinet and concert-band by Stephen Roberts who also wrote her an original Saxophone Concerto - Hero Twins, featuring soprano and alto saxophone. All three concertos will be recorded for Clarinet & Saxophone Classics after which they will be published through her publication. 2019 will also see the culmination of a four year project.  Orfeo IV  by Thea Musgrave, originally for flute and pre-recorded digital effects was transcribed by the composer specially for Victoria. Using live Eb clarinet with a newly realised pre-recording of Bb and bass clarinet using state of the art technology and digitally enhanced effects. Following the premiere recording, also planned for 2019, both the full version of Orfeo IV and the digitally enhanced pre-recording to be played with a live player will be available to buy.

Victoria is a D’Addario Performing Artist and an official endorsee for Selmer Paris.

As director of Samek Music, Victoria Samek also has further information available about her career, recordings, performances and her new revolutionary approach to practice. You can click on any of the links below to download specific PDF documents.